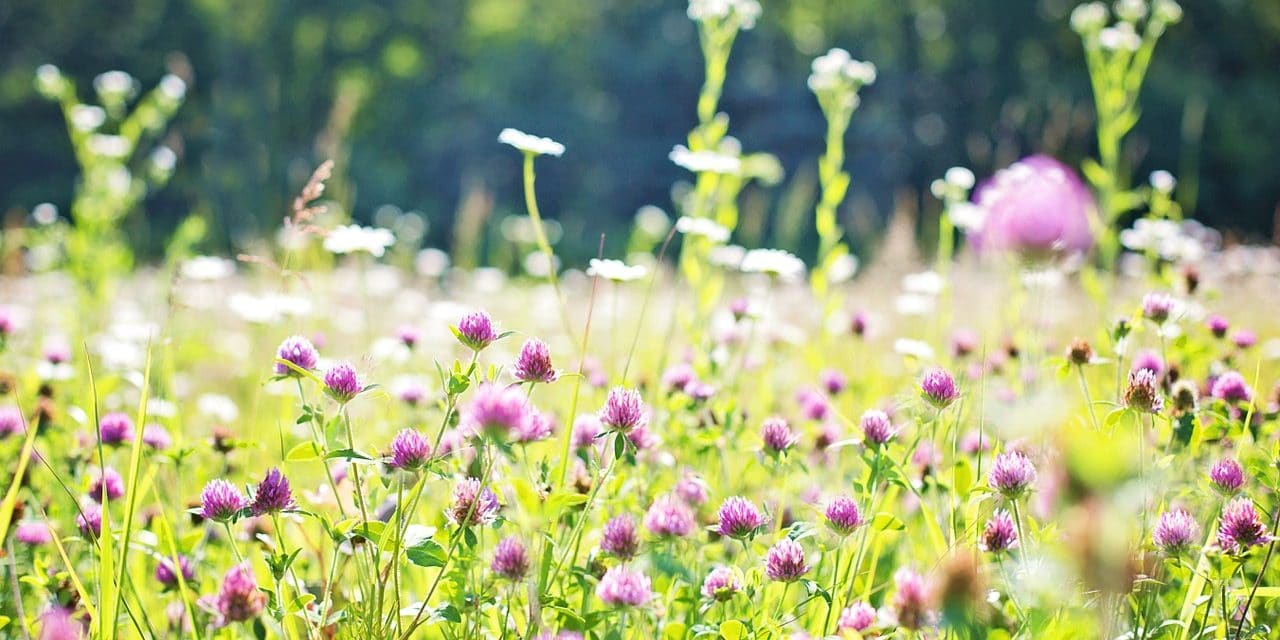 A meadow is an area intentionally planted with a mix of native wildflowers and grasses. Typically large, open, sunny areas meadows provide food and shelter for birds, butterflies, and bees as well as other wildlife. Many people choose to start a meadow by “letting nature happen,” leaving an area un-mowed and seeing what comes up. While this may result in the appearance of some wildflowers and grasses, it often means large weeds, invasive plants, and undesirable mono-cultures dominate the new “meadow.”

Once established, a managed meadow can be self-sustaining with minimal annual upkeep required. Proper establishment is critical however if you wish to create a successful meadow, rather than an unruly mix of weeds and wildflowers. Starting a meadow from seed is the most cost-effective way to establish a large-scale planting. While most native plants can tolerate a wide range of soil and moisture conditions, it is important to select seed that is appropriate to your site (wet? dry? clay? sand?) and also includes native plants appropriate for your area. While the indiscriminate use of herbicides is a major environmental threat, the responsible and judicious use of herbicides can be an effective tool for native ecosystem establishment. The benefit of this approach is that it kills all existing competing vegetation without disturbing the soil. This is the best method for erosion-prone sites as it kills the vegetation above ground while leaving the roots in place to hold the soil. This method is not recommended near streams, wetlands, floodplains, or areas where the herbicide may enter local water sources. This alternative method may be used where it is undesirable to use herbicide. Tilling the soil will kill existing vegetation, however it also brings existing weed seed to the surface where it can germinate, and also causes soil disturbance that can allow other invasive weeds to move in. If this method is chosen it is important to begin the process early in the season and continue throughout an entire growing season. If transitioning an area of mown lawn to meadow you CAN sow wildflower seed directly into the existing turf grass. This method requires minimal effort, and removes the impacts of both herbicide and soil disturbance – BUT will require patience and repeated seeding over multiple seasons as a portion of the seed will be lost each year until the wildflowers and native grasses can out-compete the existing turf grass.

Click through to learn the very important details you need to know for year 1 and year 2!

This article originally appeared on A Greener Garden.

EXPLORE AMAZING PRODUCTS, NEW TRENDS AND TECHNOLOGIES, AND DISCOVER A WEALTH OF INFORMATION YOU NEED FOR YOUR SUSTAINABLE HOME BUILD OR RENOVATION.

19 Non-Toxic, Eco-Friendly Mattresses for Every Budget

How many hours do you spend in bed? A mattress that is non-toxic is imperative. We’ve scoped out the best brands of eco-friendly mattresses at every price point.

Want to hear some good news? According to the World Green Building Trends 2018 report from Dodge Data and Analytics, green building is officially a “global trend” and energy conservation is a top priority for people all over the planet. There are many choices of new (and old) materials which are being used in revolutionary ways.

As a discerning green homeowner, every choice you make involves a variety of factors. And floors are no exception. You have to love how it looks, like how it feels on your feet, trust that it cleans up without too much effort and lasts a long time – and since you care about the planet that we live on….it needs to be healthy and eco-friendly, too. How to Choose Materials for a Sustainable Landscape